She is absolutely right. 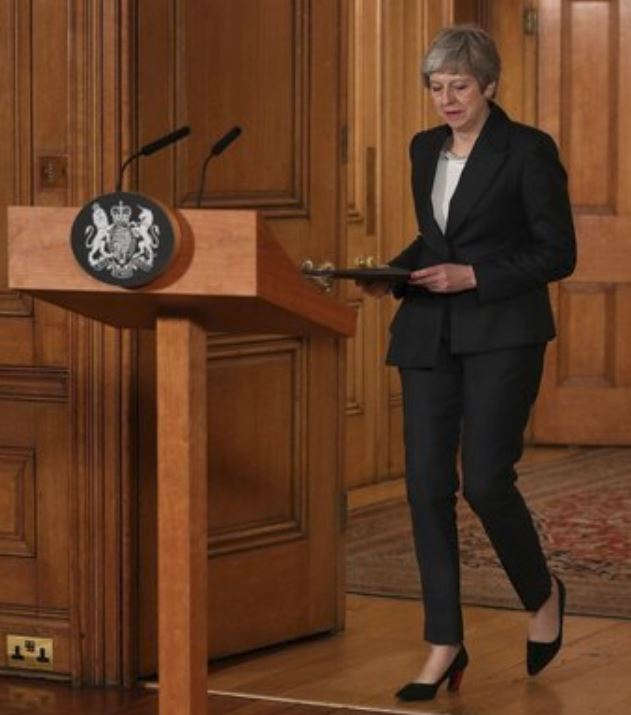 This speech matters because right now the perceived wisdom is that No Deal cannot happen. Two reasons are usually cited:
– Either Parliament will force matters out of her hands
– Or the PM will fold and beg for longer and longer extensions

This speech removes the second option. She cannot make this speech and then turn around in a week and say OK then, let’s kick this can further and further down the road. More importantly, she doesn’t want to.

I have met Theresa May on a number of occasions and she takes her responsibilities very seriously. Other MPs talk of how she takes a long time to make a decision but once she has made it she is unmoved from it. She sees it as her duty to deliver Brexit. Now, she might be making a total hash of it, and it might be a Brexit that no-one wants, but by God this bloody difficult vicar’s daughter will do it. We will be out, by hook or by crook.

So how about option one, Parliament taking matters into their own hands? It’s evident that they want to do so, and but for a few votes would have done so already.

But I have also been struck in my recent meetings with MPs that they don’t actually want to run proceedings. They are, as TM pointed out, keen to tell you what they don’t want. But they’ve never decided what they do want. At one meeting today an MP told me that they just haven’t been given the chance.

Guys, Trump makes policy on Twitter. True leadership means grabbing the bully pulpit and driving opinion onto your side.

Another MP told me that they’re working very hard on a cross-party consensus. They’re part of Tory MP Nick Boles’ collective who have, to be fair, at least drafted an alternative policy with “Common Market 2.0“. They do have some momentum behind them.

But the same plea about being pragmatic and bringing together those from all sides falls on deaf ears when you see that the Labour MPs involved in the Boles plan have voted against the Prime Minister’s Deal. Even Nick Boles himself managed to vote for her Deal on both occasions, given that his vision of a Norway+ solution can still be achieved by getting through into the transition period. Finding a solution to Brexit can’t be easily done with two parties so long at loggerheads.

So yes, give control back to Parliament. Let’s go from two sides on a negotiating table to 650 on the UK side representing 4+ parties versus 27 on the EU. I think we have all sat in meetings of large groups of people for long enough to know that this path will not lead to a simple and quick solution.

1+2+3 = TM Deal is voted down + Parliament tries to take control but is unable to find an alternative + the PM accepts No Deal as the path to delivering Brexit.