– Trump comments on China “they very much want to make a deal” amid talk of China retaliation
– Fed’s Kashkari “I am leaning towards the camp of ‘yes we need to give more stimulus‘”
– New Zealand manufacturing contracted, first time in 7 years, with a 48.2 reading on PMI
– RBNewZealand governor defends their independence and talked about “global and domestic low inflation expectations”
– Singapore exports continue to fall although not as much as forecast this time, -11.2% YoY vs forecast -15.2%
– North Korea fires more projectiles and says talks with South Korea are over
– Nvidia shares rise after earnings

On this day in 1819 the Peterloo Massacre took place when cavalry charged into a crowd of >60 000 who were demanding parliamentary reform. Its immediate effect was to see reform curtailed and the Manchester Guardian founded but it led to enfranchisement of the working class 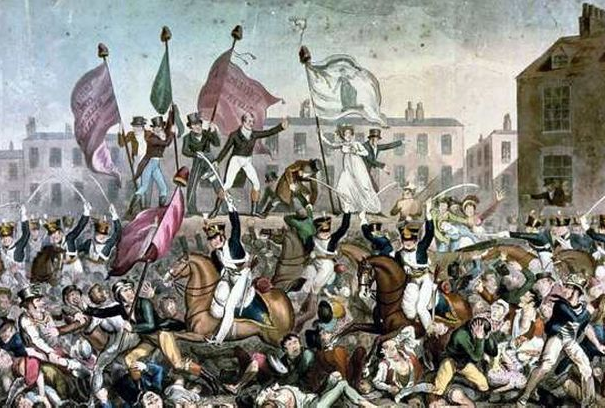