1. Fed cuts rates to 0.0-0.25%. The “Fed Listens” strategic review gives them the opportunity to overhaul their framework – and now they want to run the economy hot.

2. Canada cuts rates below 1%. With growth floundering, the BoC need to catch up with the stimulus enacted by their southern neighbour. A new governor mid-2020 can do the job.

3. BoE cuts rates to 0.25%. The new Governor can shake off political criticism that dogged Carney which left him standing pat while the ECB and Fed cut.

4. RBA cuts rates to 0.25%. With growth at decade lows, and an increasingly beleaguered Prime Minister unable to boost fiscal policy, the central bank must do the heavy lifting. But they will slap on significant macroprudential measures to mitigate housing market froth.

6. Joe Biden wins Democrat nomination but has to withdraw; Elizabeth Warren fights Trump and loses. The impeachment process will implicate Hunter Biden more than Trump in nefarious activities, forcing Biden out. The Democrats pivot to their most unimpeachable but still left-wing candidate, who promptly loses as The Donald romps home in the swing states.

7. Greens become part of German coalition. With the Green Party firmly in second place in the polls, and the SPD driven leftward by their new co-leaders, Angela Merkel’s survival instincts force a switch between the two for her coalition partner.

8. Italy forced into snap elections and Salvini wins. The Five Star Movement implodes as its supporters accuse it of selling-out by going into power with the PD and failing to enact change. The coalition collapses. Salvini, the only anti-establishment candidate left standing, romps home.

9. The Nasdaq loses 5% on Good Friday. Liquidity and momentum dominate markets to such an extreme that in a holiday period, after the Democratic candidate becomes clear, investors try to exit their tech stocks. A flash crash ensues.

10. UK is fastest growing G7 economy; Northern Ireland becomes fastest growing UK region. Boris delivers a fiscal stimulus; his new BOE governor delivers a monetary one. The UK hammers out a bare bones EU FTA and a comprehensive US FTA, removing uncertainty and reigniting investment. Northern Ireland, in the Schrodinger’s Brexit, benefits from the best of both worlds.

….We will assess the progress towards these outcomes in a series of monthly articles. 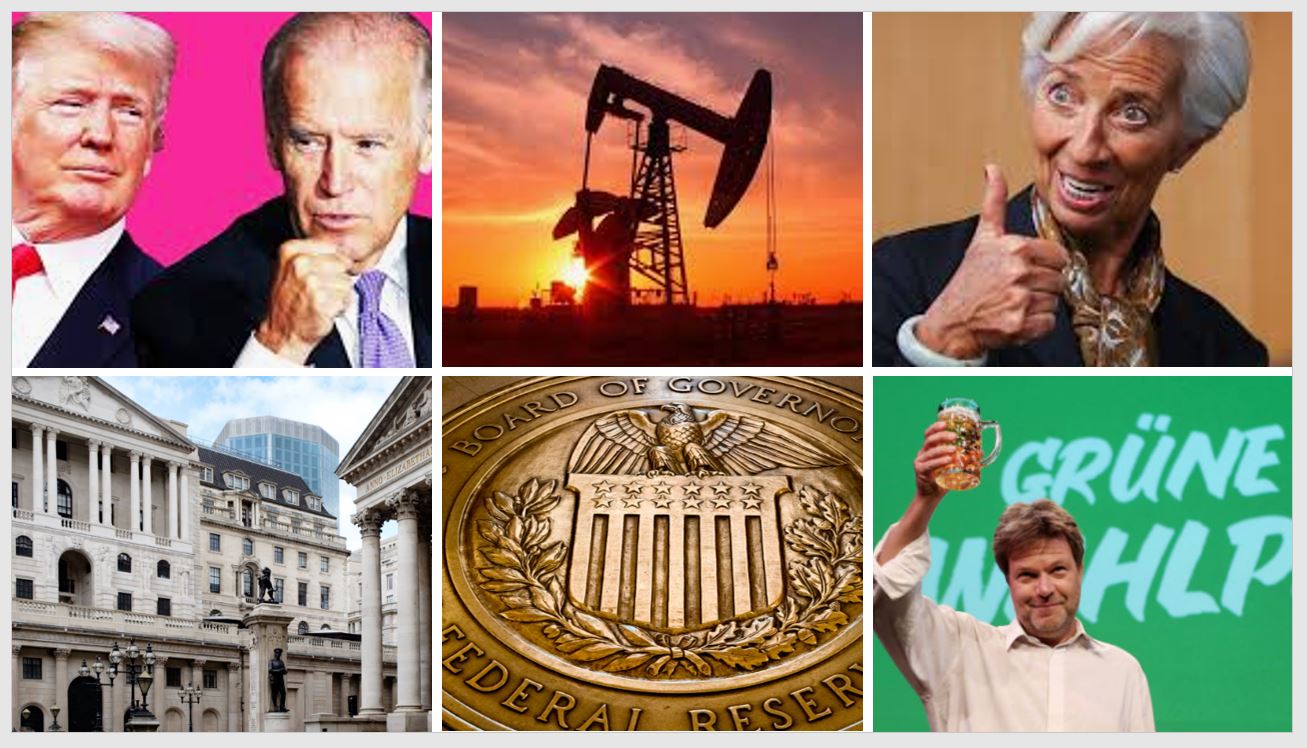 See below and here for our predictions from last year, where we managed a 45% success rate with the following: ECB QE; UK GE; Trump disavowing Powell; Le Pen EP Election win; and New Italian Govt.