On this day in 1947 the first computer ‘bug’ was found, it was a moth that lodged in a relay of a Harvard Mark II computer at Harvard University. 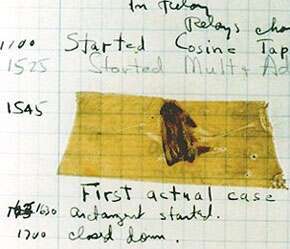