This week brings inflation (ignore as we are not in a normal business cycle), retail sales (fear casts a long shadow) and ECB speeches (the dovish taper “recalibration” continues). For full details see the calendar below.

But we want to talk about The Week That Was. The BlondeMoney team had our first post-pandemic trip abroad; chaired the first in-person conference in almost two years; and met many of you for breakfasts, lunches and dinners. Here is what we discovered:

1. Nobody is ready for the German Election
Everybody is of the same opinion: it looks uncertain, nobody knows what’s going to happen, but it’s Germany and everything is very calm these days in financial markets so it will probably all turn out fine.

We couldn’t disagree more. There is guaranteed to be a volatile transfer of power post-Merkel. Meanwhile FX volatility is at some of the lowest levels since the pandemic began. EUR/USD straddles look attractive, particularly as the currency can be a pressure valve in a way that the bond market cannot, thanks to all that central bank QE. The price cannot escape the Italianisation of German politics (h/t to one of the lunch guests for that phrase).

2. Nobody is using offices in the same way as they did before
We noticed that traders were the usual culprits for having returned to offices, but they’re finding a very different environment. One panellist at the conference admitted he now had a better line of communication with his portfolio manager in New York than the rates trader in his own FICC team. That’s because traders are now not only not sitting next to one another, but socially distanced between floors.

This should put paid to those who lament the demise of proximity for its efficiency. We have new tools with which to communicate. Marriages now begin with internet dating; why shouldn’t workers use the virtual world to manage their office relationships?

3. Automation has only just begun
Discussions at the TradeTechFX conference floated around T0 settlement, instant execution of small tickets, peer-to-peer netting and many other FinTech solutions. The only surprise is why such automation isn’t already happening. It will.

4. Travel has changed forever.
One foiled terrorist plot left us still packing tiny toiletries into separate plastic bags fifteen years later. A global pandemic that reinstated the significance of a hard border is hardly likely to avoid a similarly long-lasting fate. Tests, forms, checks = the administrative burden will remain high. The inevitable vaccine-escaping Covid variant won’t be the only reason for overly officious border staff in the years to come; migrants, terror suspects, a new virus…. the threats are legion and politicians love to be able to turn on a lever that works.

5. The new elite.
Throw enough money at a problem and barriers eventually disappear. The pandemic – and the economic adjustment to it – has created huge inefficiency. While the 99% flounder, the 1% head onward and upward.

But so will the 10% versus the 90%. Technology has enabled the many to have access to some of the benefits previously reserved for the few: Uber is like a chauffeur, Deliveroo like a home chef, and Tinder the personal matchmaker. The natural next step is travel. Private jets will be accessible to many more people via schemes like NetJets where you can buy a certain number of flight hours or even fractional ownership of a jet. AirBnB might live up to its name and offer hermetically sealed flights to go alongside its hermetically sealed holiday properties.

6. IT’S PARTY TIME!
Despite the huge inequality hanging over our socio-political future, the vibe right now is very much to relax and embrace the return of “freedom”. Not all over the world of course: RBA Deputy Governor Guy Debelle, or at least his disembodied head, appeared on a giant screen at the conference via Zoom. When the chair told him that there were 200 people sitting in a room watching him, he simply replied how strange that was, given he had only been hanging out with the four people in his family for the past three months.

Meanwhile at a much-delayed wedding in Italy, a number of newly trim middle aged men were pounding the dancefloor as if there were no tomorrow.

7. Virtual meets physical.
Our CEO Helen Thomas chaired the first day of the conference. If only the crowd had looked as exuberant as those attending the Tuscan wedding. The conference attendees were more like baby chicks emerging blinking into their first sunlight. Nobody was quite sure initially how to greet one another: with no handshakes in sight, would it be the fist bump or the elbow slide? When they eventually sat down to listen to the first panel, many heads were bowed. Not in prayer, but buried in their phones or laptops. Eye contact has been forgotten for the Zoom generation.

Meanwhile there were 400 virtual attendees, whose engagement couldn’t be measured at all. Chairing such an event sometimes felt like an out-of-body experience, except that your body is very much present on a stage with all the lights shining on you. Technology will eventually develop to meet this challenge, merging the physical and the virtual.

8. The pandemic isn’t over.
Human beings famously struggle to manage probabilities. Those in financial markets, who have to juggle this every day, should do it better than most. Anxious event attendees felt reassured that temperatures were checked, tests taken, vaccination proof required and socialising focused in outdoor areas. But as one lunch companion noted, he had been double vaccinated and caught the virus; we will never get to Zero Covid. What is it that we are afraid of? And how much do the steps taken now mitigate the risk?

The first answer is easy: death. The second, far harder, because of the irrationality inspired by the first. Does 1 in 10,000 feel safe if you fear the 1 is you?

As we noted in July, humanity hopes for the best, but prepares for the worst. In doing so, our economic output will necessarily be sub-optimal for years to come. 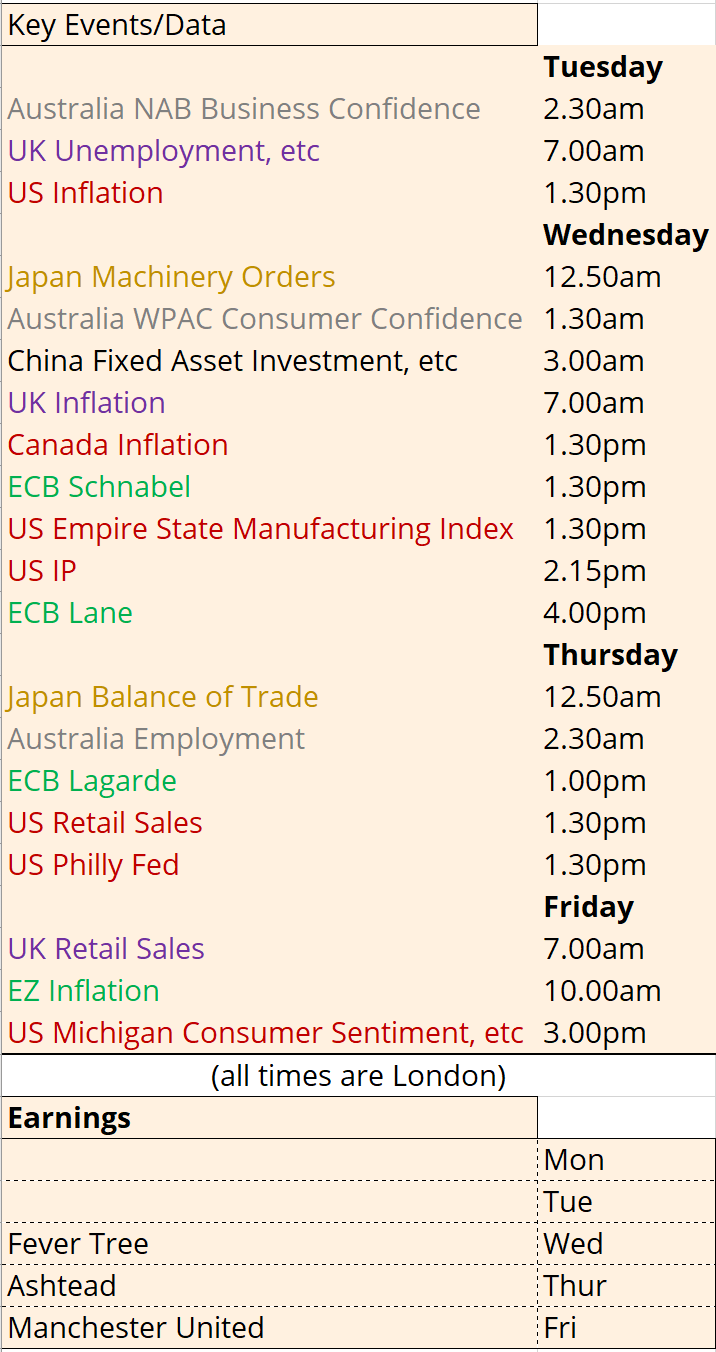