US equities fell yesterday after the unexpectedly hot “core” inflation print, Nasdaq closed down 3.2% and the S&P 500 ended down 1.6%. Asian markets fell also. There is a slew of UK at 7am this morning, GDP, IP, etc.

The Week That Will Be
Inflation, Chinese numbers Wednesday, US inflation hardly matters to the Fed in the short term; UK GDP, the number on Thursday isn’t of much concern its growth in the next quarter that counts seeing as the world has changed so much in three months; The ECB, hawks completed their ascendency with Schnabel converting to a July hike; UK Politics, Boris will probably be breathing a sigh of relief now that Keir Starmer is under the lockdown breach spotlight, but the reality is it will pressure Boris more if Starmer has to go. The election results were the thousandth nail in his coffin anyway; Volatility, US stock rollercoaster will continue and QT risks market dysfunction as well, red flag upon red flag.

On this day in 1941 Konrad Zuse presented the Z3, the world’s first working programmable, fully automatic computer, in Berlin. 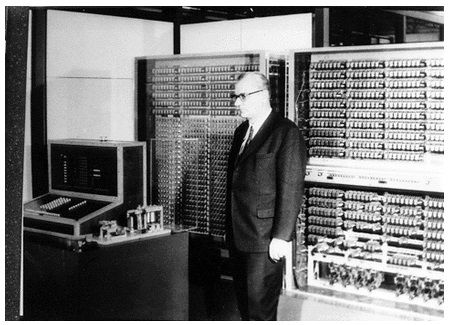