Below is a selection of BlondeMoney occurring in global media:

We discuss what “Getting Brexit Done” means for the economy, the City and UK interest rates.

Our take on new ECB President, Christine Lagarde, in a discussion with the Wall Street Journal – click here for full article 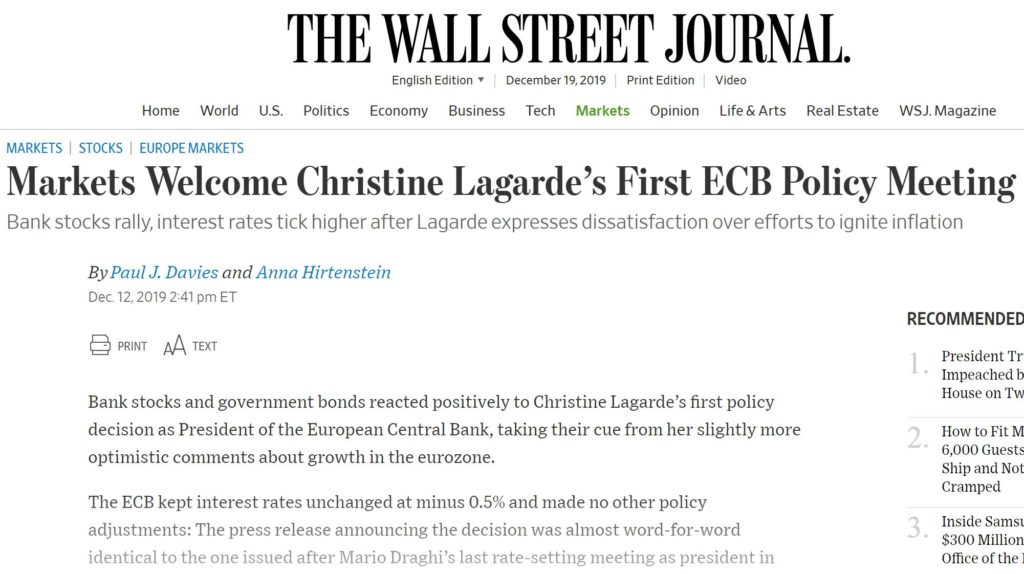 With only a couple of weeks to go, who won the campaign and what was the key story?

What are the next steps for Parliament? Here’s how it looked on Thursday 29th August 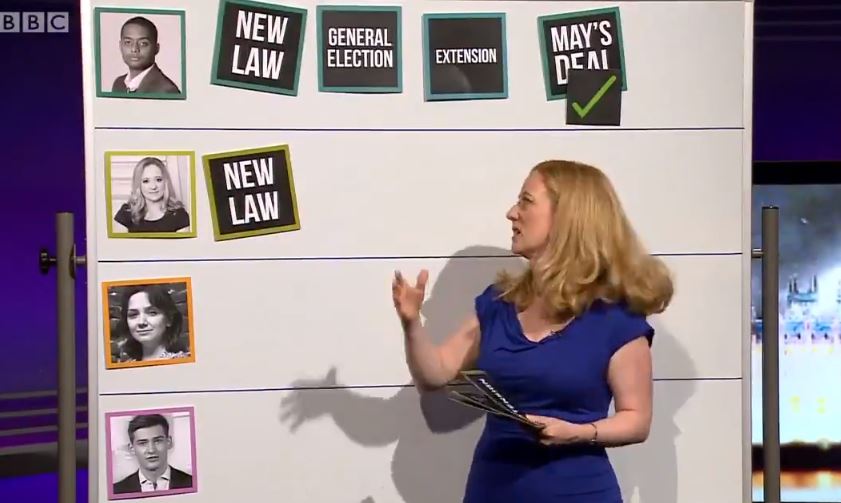 What prorogation means for Brexit negotiations – 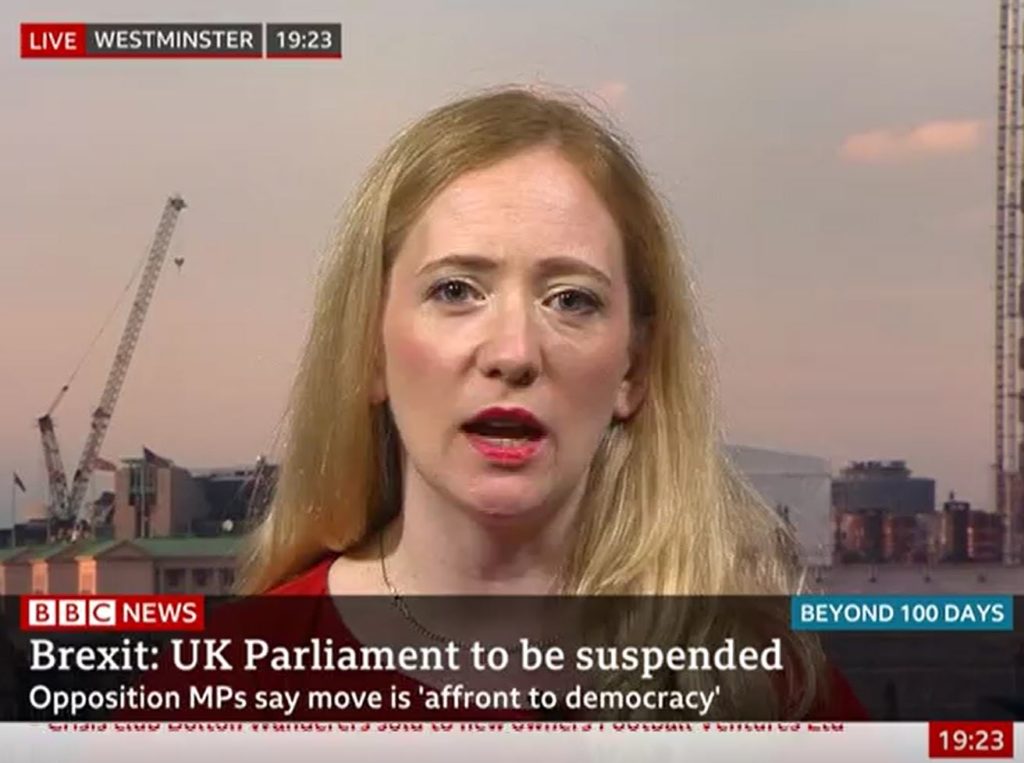 How will Brexit pan out under Boris? Click here for clip or here for iPlayer from 15’08 onwards 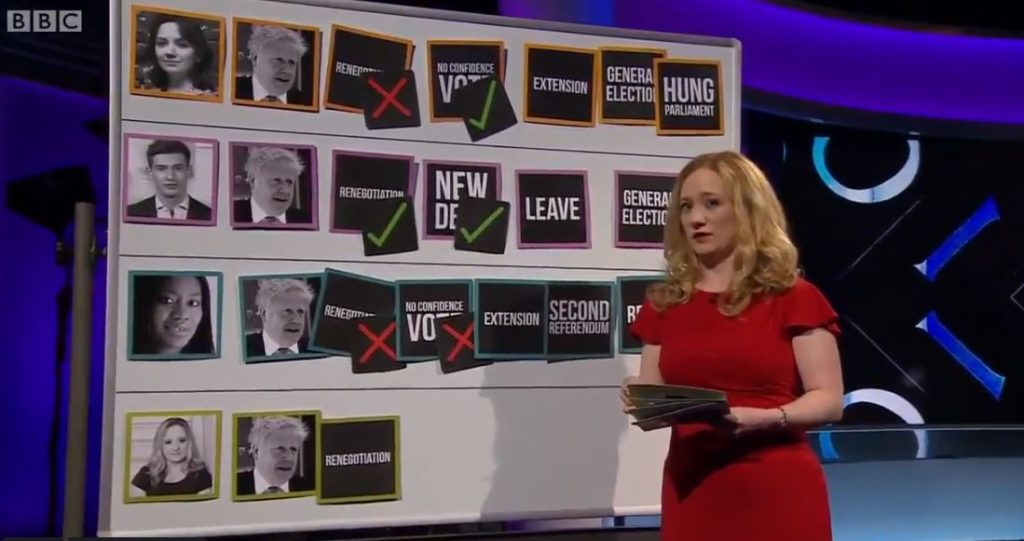 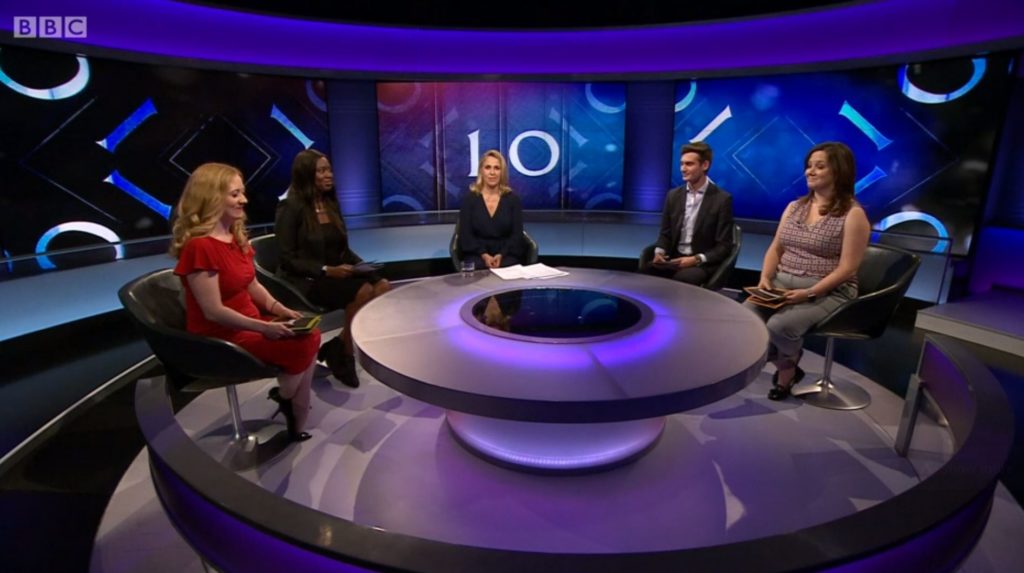 Why is the pound falling and what does it mean for our economy?

BlondeMoney CEO Helen Thomas discuss the fall of GBP and the risks of No Deal with Evan Davis. Click below or click here and listen from 28’40: 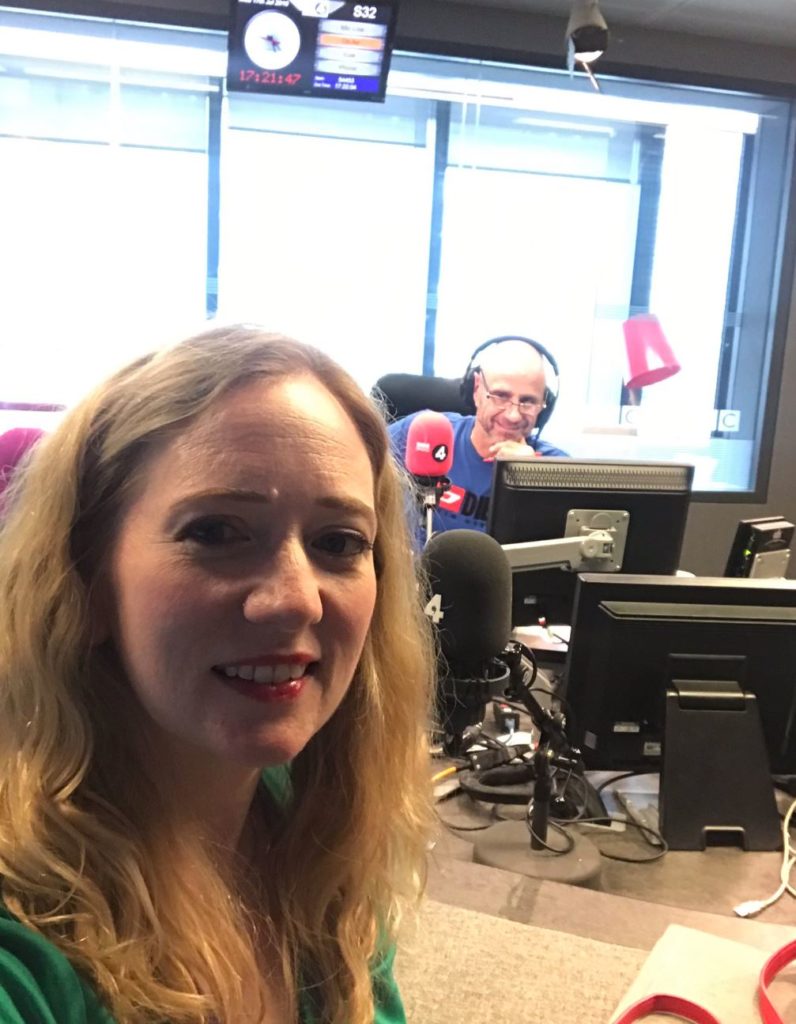 What will Boris do in his first 100 days? BlondeMoney CEO Helen Thomas explains all to the BBC’s Beyond 100 Days programme on the eve of his coronation.

BlondeMoney CEO Helen Thomas discusses the Conservative Party Leadership contest with the BBC’s Beyond 100 Days. “This is Boris Johnson’s to lose”. Click here for the clip or click on the image 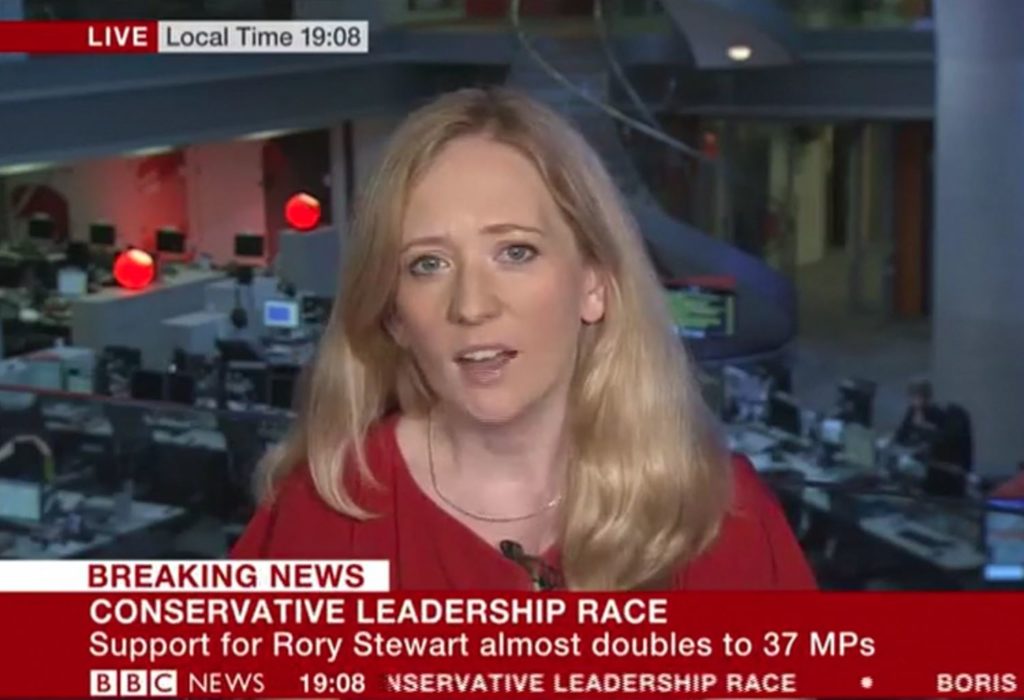 No Deal will be hard to avoid under new PM Boris Johnson. Listen here from 2’22 onwards 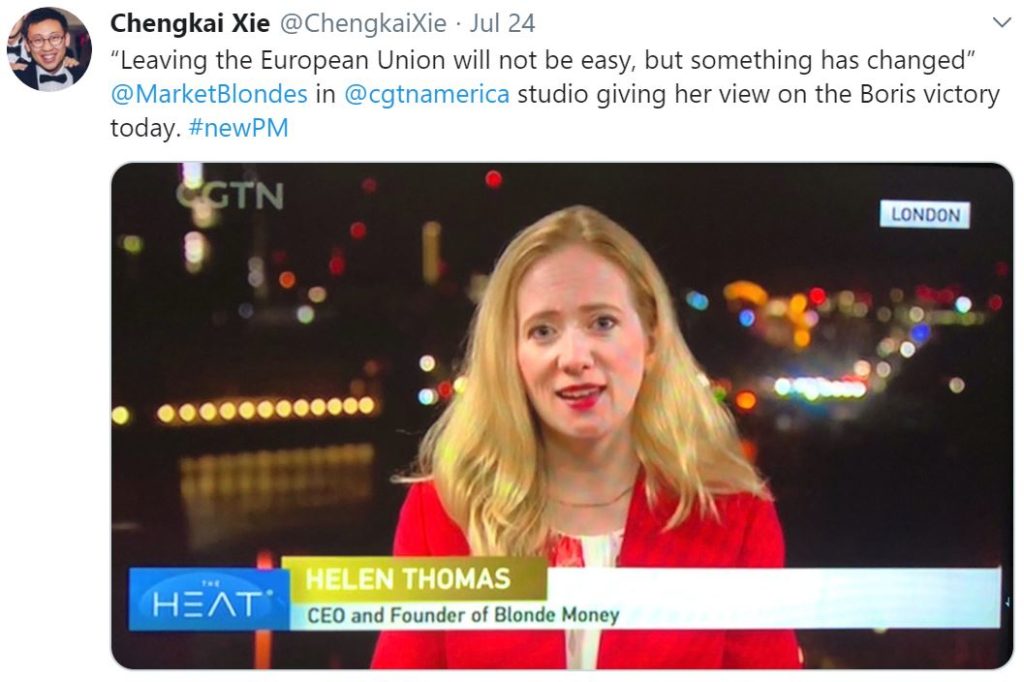 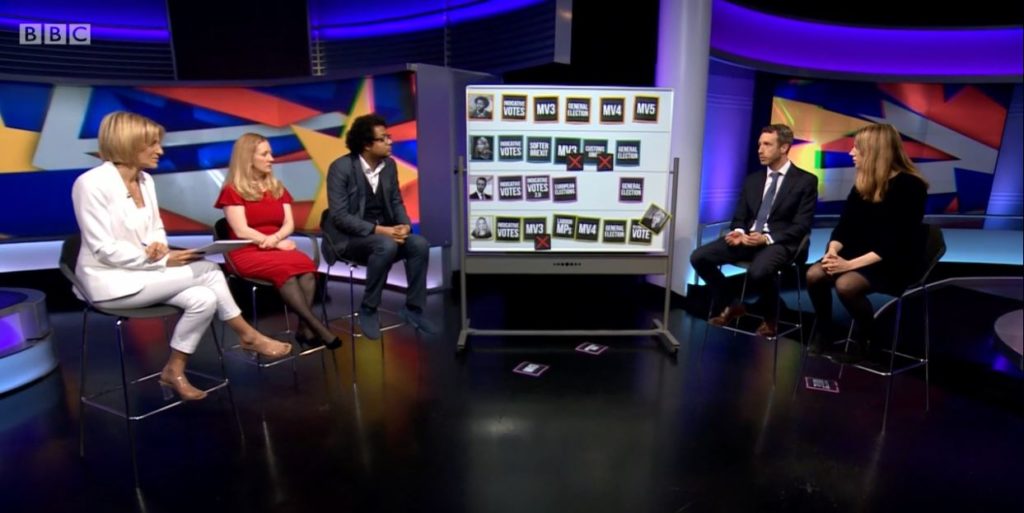 BlondeMoney CEO Helen Thomas talks to the BBC’s Beyond 100 Days about how Theresa May can sell her Brexit deal with or without Jeremy Corbyn.

Helen Thomas was featured on the BBC World News talking about the risks of a No Deal Brexit.

This week was all about the Budget as Philip Hammond turned on the spending taps, pouring fresh cash into drought-hit departments. But he couldn’t avoid a bit of splashback, as teachers took umbrage at getting money for “little extras” and Labour accused him of breaking his end-of-austerity pledge. We unpick the implications of the biggest fiscal event of the year with Helen Thomas, a former adviser to Hammond’s predecessor George Osborne.

Helen Thomas CEO featured in a live Markets.com webinar on how to trade Brexit and what is the state of play right now in British politics. Click here to watch the full episode. BlondeMoney spoke this weekend to the BBC’s Nigel Cassidy for his podcast: Markets Talk. Joined by other financial professionals, they dissect the upcoming UK budget, earnings reports from FAANGs and Big Oil companies, and the loss of Britain’s High Street! “Make or Break for Brexit”: Britain is running out of time to negotiate its withdrawal from the European Union. The British government needs to make a deal with Europe and win approval from Parliament by the end of the year. In this conversation with Roger Hirst, Rupert Harrison of BlackRock, Helen Thomas of Blonde Money and Oliver Harvey of Deutsche Bank deliberate over whether the British pound, gilts or equities will be the best expression of the government’s success or failure. The clock is ticking. Filmed on September 28th, 2018 in London.

Appeared as an analyst for ‘Inside Story: Is a Brexit Deal possible?’ alongside academics and directors for pro-EU think tanks.

BlondeMoney featured on the 10 o’clock edition of ITV news as a guest analytical firm for a story surrounding the nature of responsible investing. Helen Thomas, CEO and founder, was a featured panellist on a number of The Heat Brexit specials

‘Brexit Fears Could Still Get a Lot Worse’: BlondeMoney CEO and founder Helen Thomas is interviewed for MarketWatch and Barrons about how a ‘No Deal’ Brexit is the most likely outcome.

The valedictory column from The Economist’s renowned Buttonwood quotes BlondeMoney and our ETF Report. Looking to the future from his Tardis, Buttonwood agrees with BlondeMoney that ETFs, while benign in creation, could wreak havoc in destruction.

BlondeMoney’s 2019 Predictions were reported by Managing Editor Stepak in the January 2019 edition of MoneyWeek. Lend Me Your Ear

Helen Thomas, founder and CEO of BlondeMoney, talks to Liam Halligan for his financial podcast ‘Lend me your ear’. Liam is a renowned British journalist currently working for the Telegraph although his experience spans a number of institutions including the Financial Times and the Economist. He has recently also published a book entitled ‘Clean Brexit: Why leaving the EU still makes sense‘.

BlondeMoney has a regular spot on Talk Radio, featuring in their Breakfast Business hour with James Max.

BlondeMoney speaks on Jazz FM for their ‘Business Briefing’: Back to school blues for May and Tories, Carney departure, Argentina, and BlondeMoney gives some clues on where the smart money’s going in a No Deal Brexit

Helen Thomas, CEO of BlondeMoney, spoke about how even though the US market is booming, how it may not be the best thing for the rest of the world.