For a full guide to the evening, with expected seat declaration times, key stats and a brief description of each seat, click here for the PDF and here for the Excel spreadsheet.

By 11pm: Houghton and Sunderland South 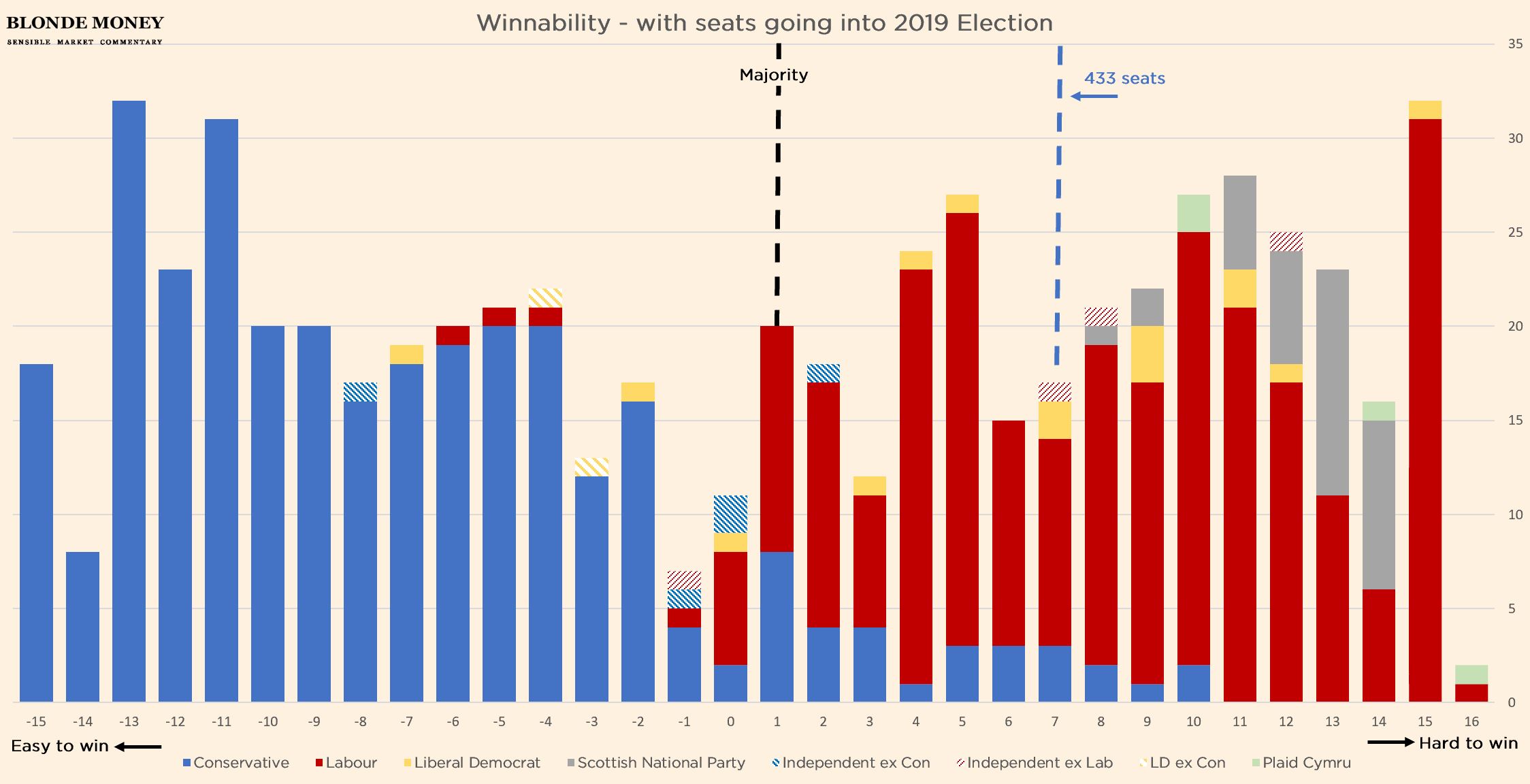 …For the complete timetable of what seats to watch and when, click here to see the full spreadsheet below…

++ We will be covering the election overnight with our team, please contact us if you would like to join the WhatsApp update service ++

Listen here for a 2 minute clip from our Irish Border expert on why talk of the Backstop is more likely to be in preparation for No Deal than a Deal:

Optimism over a Brexit Deal is rising because:

We believe this is misplaced, largely due to a misunderstanding over why Boris is focused on agricultural and food checks. Listen to the clip above to find out more! 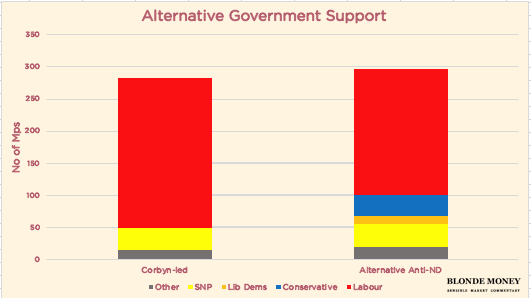 Today the BlondeMoney CEO Helen Thomas was the guest of Evan Davis on BBC Radio Four's PM programme. They discussed the reasons behind the fall in Sterling and the risks of a No Deal Brexit.

Well, if you were left in any doubt that the Fed wanted to deliver an asset boom to ensure a Trump 2020 victory, tonight’s Minutes should eradicate that. We have never seen anything like it.

The first half of the Minutes describe the strength of the US economy:

Sure, forecasts for inflation and GDP were trimmed slightly: ‘The projection for U.S. economic activity prepared by the staff for the June FOMC meeting was revised down somewhat on balance.’

But what’s this? What’s the market doing you say?
‘The spread between 10-year and 3-month Treasury yields fell to the bottom decile of its distribution since 1971’

OMG! And why is that? Is it because of some stuff you heard some guy say somewhere anecdotally?
‘contacts reported that softer export sales, weaker economic activity abroad, and elevated levels of uncertainty regarding the global outlook were weighing on business sentiment …. Several participants noted comments from business contacts reporting that their base case now assumed that uncertainties about the global outlook would remain prominent over the medium term and would continue to act as a drag on investment. Several participants also noted reports from some business contacts in the manufacturing sector suggesting that they were putting capital expenditures or hiring plans on hold and were reevaluating their global supply chains in light of trade uncertainties.’

And you know that data in the first half of the Minutes? Maybe it’s not telling the whole story, particularly on inflation right? Bad stuff could happen, couldn’t it?
‘Some participants also noted that recent readings on some survey measures of consumers’ inflation expectations had declined or stood at historically low levels. Many participants further noted that longer-term inflation expectations could be somewhat below levels consistent with the Committee’s 2 percent inflation objective, or that the continued weakness in inflation could prompt expectations to slip further’

What kind of bad stuff could happen? Debt ceiling issues, or heavily indebted firms getting into trouble, or, um…. you know. Things.

And then we come to the crux of it:
‘While overall financial conditions remained supportive of growth, those conditions appeared to be premised importantly on expectations that the Federal Reserve would ease policy in the near term to help offset the drag on economic growth stemming from uncertainties about the global outlook and other downside risks.’

That’s right guys! We have to cut because we are expected to cut!

They then throw around some reasons for cutting:

There we are then. Almost total capture of the Federal Reserve by greedy financial markets and a greedy President. There are a few holdouts to this madness however:
‘A few participants expressed the view that with the economy still in a favorable position in terms of the dual mandate, an easing of policy in an attempt to increase inflation a few tenths of a percentage point risked overheating the labor markets and fueling financial imbalances’.

Good of them to get their reservations on record, but there is only a few of them, and they’ll likely quit the Fed in the years ahead anyway before this all blows up in their face.

Powell has his rate cut excuses ready. Just look at what he said in his testimony:
‘Economic momentum appears to have slowed in some major foreign economies, and that weakness could affect the U.S. economy. Moreover, a number of government policy issues have yet to be resolved, including trade developments, the federal debt ceiling, and Brexit.’

The word ‘Brexit’ comes up just once in the Minutes. When was the last time the Fed cared about what was going on in the rest of the world? It’s the most important central bank in the world, isn’t it?

So now we know. They will be using the 3month-10year yield curve to signal recession risk. That you have to cut now or suffer the consequences later. They’ll argue stuff could weigh on inflation. They’ll point to trade tensions, geopolitics, Brexit, whatever. It doesn’t matter. They’re cutting.