+++ TOP LINE: Government could fall in next few weeks as MPs panic and no compromise on Brexit is acceptable either to Parliament or the population +++

In our discussion with John Curtice he presented the following facts:

TIG is similar to SDP in that it arose from division over Europe, and it will likely have to form an alliance with the Lib Dems to gain enough ground to matter. If they can get >35 MPs then they will become the 3rd largest party which will award them privileges over parliamentary time.

An early General Election would be “disastrous” for TIG but they might do well in the European Parliamentary election as the anti-Farage Brexit Party, should the UK have a vote in those elections.

Few expect Brexit to be wrapped up by 29th March. All the legislation will be held up by the House of Lords anyway.

The full recording is available here & should you want the presentation please email sam@blondemoney.co.uk

If, by the time you read this, 48 letters expressing No Confidence in Theresa May as Conservative Party leader have been received by Graham Brady, then:

So the calculation runs thus:

So how many Tory MPs are Remainers?

Here’s our MP by MP analysis which shows the shape of the Conservative Party on our scale of -15 for most Remain MP to +15 to most Leave MP:

One third of the Party ranks at a zero or below. This is the Remainer rump.

And where can Theresa May find her magical 158 MPs? Everyone ranking at +2 or below would get her there.

Is there a compromise candidate who could tempt some of those away from her?  Well here’s a map of Cabinet MPs from just before Raab resigned: 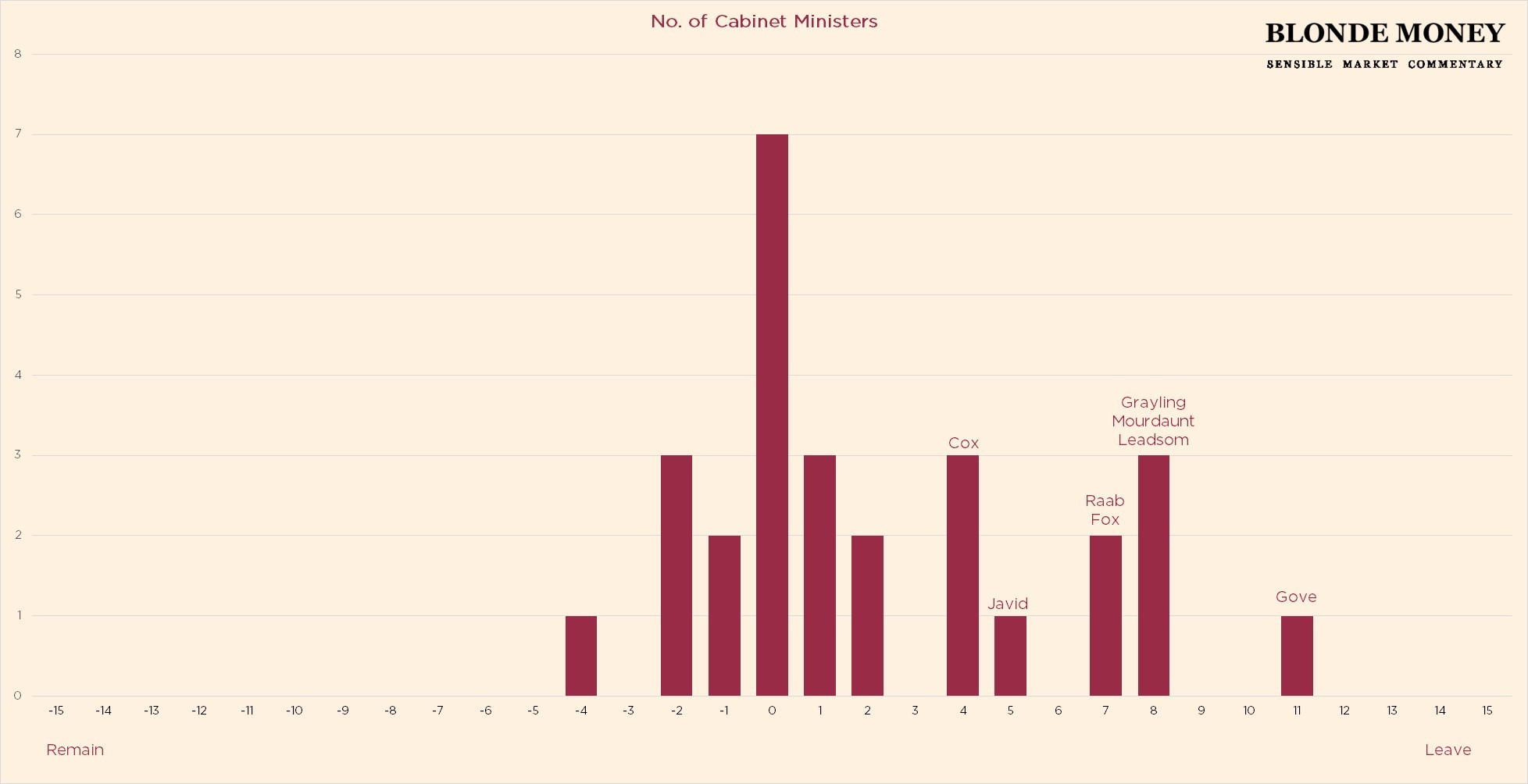 Can Javid, at +5, become a kind of compromise candidate? Likes Leave enough to please the membership but Remain enough to calm his Remainer colleagues?

He won’t get the chance if 158 MPs decide they prefer the devil they know. So this contest will only be called when it has the momentum the Prime Minister’s detractors desire. It might be tomorrow. If it’s not, it is still coming. The end game of power, and the chance to shape the Brexit of your dreams, are within your grasp. It’s just a question of timing.

And while it lurks, the Labour Party can continue to hold fire on their own No Confidence vote, despite Vince Cable and Nicola Sturgeon publicly lambasting Jeremy Corbyn for not doing so already. Why pull the trigger if the Conservative Party can set off some friendly fire shots that weaken their already divided party?

Even if TM wins, she won’t be out of the woods. The pressure cooker will still be steaming. Every attempt to try to preserve the status quo is tinder for the fire for those who desire a very different Brexit outcome.

The upshot for financial markets is that we are entering a much more significant crisis period. The chances of either No Deal or No Brexit are rising. All these months of inaction were not a reason to be calm about the future. They were merely time for some shadow boxing and weapons stockpiling before the bombs start to go off. We continue to expect a sharp dislocation in GBP assets in the next couple of weeks as this becomes apparent.

Attention has moved from the 40-80 Conservative MPs that Steve Baker claims can kill the government, to the 30-40 Labour MPs that Downing Street hope can let its deal survive. The Times and the FT both run stories today on these so-called Labour rebels.

The headline is misleading. The quotes from Labour MPs show just how uncertain they are over how they will vote. They fear deselection. They hope Corbyn will change. They will vote down the government only to vote with them later. Listen below for our 3 minute wrap with more details:

To determine how Labour MPs will shake down, we refer you back to our Labour MP breakdown: 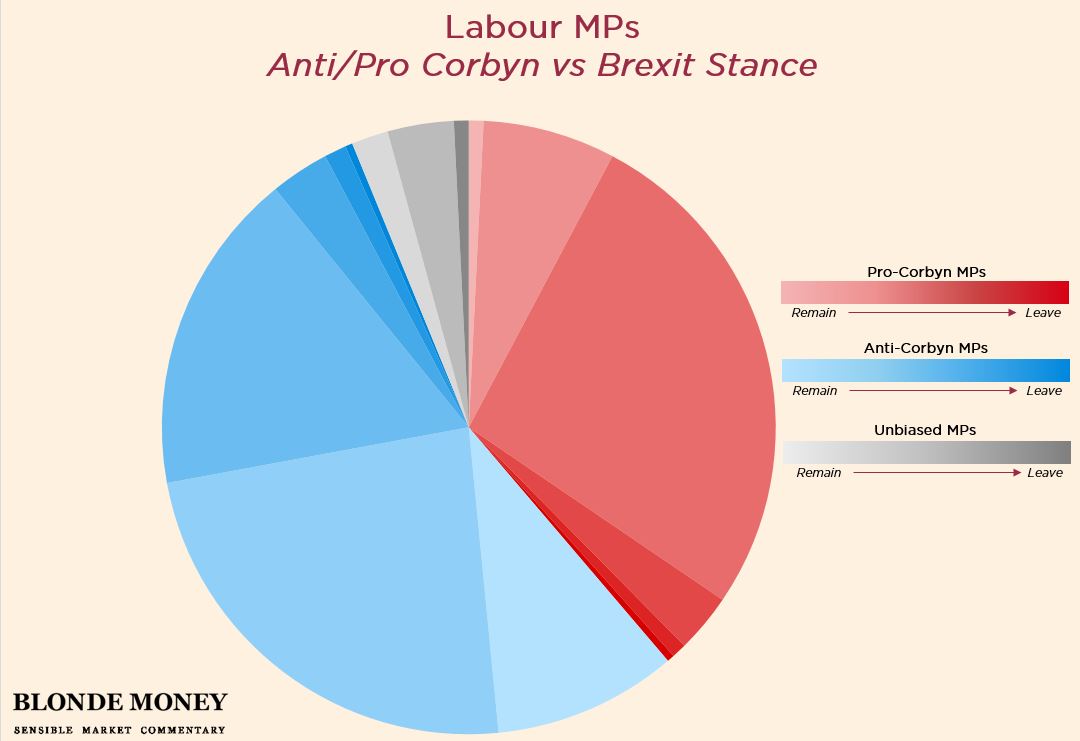 And our table of support for each Brexit outcome: If you would like more detail on how we calculated these figures, or to run other configurations, please let us know.

In case you missed it, Theresa May just spoke on how she believed Brexit negotiations went with the EU 27…

(If looks could kill…)

What does it mean? What can we expect? Does anything change?

We know it is Friday so do not expect you to read anything now, so BlondeMoney has put together a quick podcast discussion between the team. It is under 5 minutes so you can even drink a glass of red while you listen!

As a weekend treat, here is EU’s Donald Tusk enjoying the EU summit…